George E. Hallett (1863-1910 or later) was born in Des Moines and he first gained experience as a carpenter.[2] After studying architecture with Denver architect Fred A. Hale, Hallett worked in Colorado until he returned to Iowa. By 1890, Hallett had established a solo practice in Des Moines where he designed and built homes. For a brief period he formed a partnership with Clinton C. Nourse (c. 1892-1893). In 1898, he formed a partnership with Harry D. Rawson, and the firm attracted larger commissions. In 1904, he joined the Iowa Chapter of the American Institute of Architects. In 1910, Hallett & Rawson ended their partnership as Hallett retired to California.

Harry D. Rawson (1873-1934) was also born in Des Moines.[3] He attended Grinnell College for two years, and in 1896, he graduated from Massachusetts Institute of Technology (MIT). After his graduation, he worked for two years in Chicago, and in 1898, he formed the partnership with Hallett which lasted until 1910. Along with Hallett, Rawson joined the Iowa Chapter of the American institute of Architects in 1904, and in 1927, he served a term as president. Rawson then joined the firm of Proudfoot, Bird & Rawson. The firm of Proudfoot, Bird & Rawson became the prominent architectural firm in the state, even after George W. Bird retired in 1913. By 1932, the firm had become Proudfoot, Rawson, Brooks & Borg, the predecessor of the current firm Brooks, Borg, & Skiles.

(Click on these images to learn more about the libraries. Scroll down for the Architectural Blueprints and Information tab.) 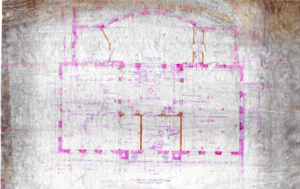 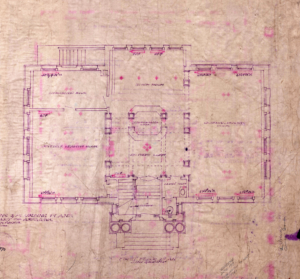 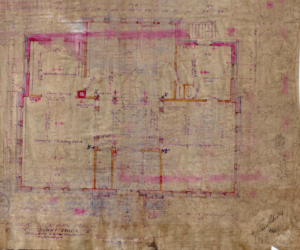 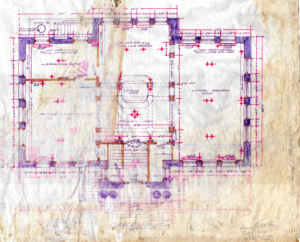