James Joseph Glenn (1870-1955) was appointed as one of the nine trustees on the Marengo Public Library board in June of 1903 by Mayor Vette,[1] and Glenn was a member on the library board until at least 1915.[2] He was a very active member of the Marengo community. Glenn had been appointed as the postmaster in Marengo on Aug. 29, 1891,[3] and he was still in that position during the 1920 federal census.[4] In 1897, Glenn bought the Marengo Democrat and “has continued it very successfully since that time” until he sold it in 1918.[5] He was an editor and publisher of the Marengo Democrat as well as the owner for that time.[6] He was dedicated to the betterment of the community and lived most of his life in Marengo. 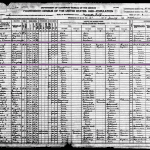 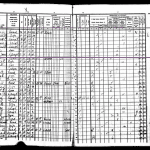